The Unseen Costs Of Extending The Eviction Moratorium 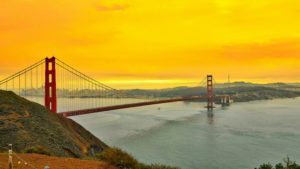 What are the unseen costs? As we’ve talked about in recent blog posts, the unseen costs of the eviction moratorium is the financial hardship that thousands of owners across California face.

Even though some owners may have been able to cut their tenants breaks on rent, the reality is that there are some owners who live month-to-month just like most tenants do, waiting for income from their properties to come in and for those owners who haven’t been able to collect rent in months, their financial situations have been grim, to say the least.

“Me and my husband own a block of apartments in Los Angeles,” said Susan Chang, a Los Angeles landlord. “Out of the 12 units, currently 5 are not paying any rent. Our income has literally been halved.

This was supposed to be our retirement. We never got much in pensions or 401ks, but by chance we managed to buy an apartment complex with our savings. One of our friends is a handyman and another owns a gardening service, so all together we had a good system.

Then the coronavirus hit. Now we are unsure what to do. Normally we would evict. We feel for those tenants, especially those with kids, but this is business and not personal. They were negotiating a reduced rate with use until the moratorium was announced, then all five immediately stopped. They know the law. They also know they don’t have to pay until October.

In October it will be a huge fight over back rent, evictions, and other things I don’t want to think about now, but presently it’s rent and how they haven’t legally paid in months.

I know the government means well, but if I don’t get the usual rent amounts soon, we can’t make paying the mortgage. In August, part of our social security checks will actually have to go towards that.

I honestly can’t believe it came to this.”

A home renter, Noel Wilson of San Bernardino, also shared the realities of such a moratorium.

“I own one home in San Bernardino in which I rented 2 years ago to be able to go back to school to earn my masters,” shared Wilson. “January was the last rent payment I received and the tenant has made no contact as to why he can’t pay. I tried selling the house in late April. When I tried to gain access to the house after given 24 hours notice, the tenant had changed the locks and called the police on me. Can you believe that?!

Everyday I research, investigate, and connect with people who are in the exact situation. I have drained my savings account paying for the mortgage and have received a forbearance but will ultimately be responsible for paying borrowed money back. I’ve worked so hard for to live the California dream.  Now my dream has turned into an unbelievable nightmare!

I’ve been dealing with this for 6 months. He was almost 30 days late paying rent for December. Paid January.  In February I gave him extra time to pay but had to file a 3 day or quit at the end of February. I hired an eviction company and they said the tenant evaded service 3 times. The tenant said he was sorry and was seeking some sort of assistance from a government program and would pay by March. He also said he was looking for another place to live. He also has a cat and my house smells like cat pee.

Since the moratorium he has ignored all communication with me. I decided to put the house for sale to avoid foreclosure. I’ve put up 3 for sale signs and the tenant has torn them down. The neighbors rarely see him. He posted a sign to his from door saying no one is allowed due to [COVID-19] but replaced that sign with a note to the UPS and FedEx drivers saying ring the doorbell when dropping off a package.”

The eviction moratorium in California will eventually have to come to an end and the rental market will have to get back on track sooner, rather than later.

Until we see an end to the ban on evictions, some landlords in the state will continue struggling to survive financially but the good news is that some owners are starting to challenge the eviction moratorium in the courts.

One thing is for certain, 2020 will be a year that everyone remembers because it’s literally a year where everything is at stake and we’re going to remember it for years to come.

For property management in the Monterey, CA area, contact us today by calling (831) 484-4604 or click here to connect with us online.