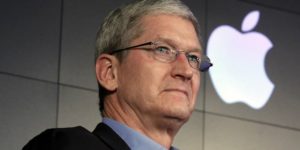 This move serves two purposes because it #1 directly makes an impact by providing badly needed funds to get more affordable housing built in the state and #2 helps displaced Apple employees and tech workers in the area who cannot afford housing.

Besides Apple pledging funds to stop the housing crisis in California, both Google and Facebook have also pledge about $1 billion each to get more housing built in the state.

Governor Newsom praised Apple’s pledge and said that he hoped other large corporations in California would make similar pledges to get more housing built in the state which will ultimately ease the housing crisis here.

Apple’s pledge will without a doubt positively impact the Bay Area, an affluent part of California that’s also been adversely affected by the housing crisis over the last 10 years.

What’s sad about the Bay Area is that the average income there is about $100,000 per year but many people cannot afford to buy homes and are forced to live in campers or other housing options. Hopefully, the funds from Apple won’t go to waste and will spurn housing badly needed housing construction in the state which will ease the housing crisis.

Do you need property management for your Salinas area investment property? If so, contact 36 North Property Management by calling us at (831) 484-4604 or click here to connect with us online.