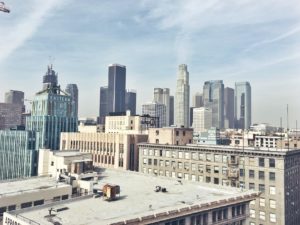 Before the “Great Recession” officially began in 2008, cash-out refinance mortgages were what every homeowner was talking about. With cash out refi, a homeowner can refinance their home with a mortgage that’s more than their previous one, pocket the difference, and they are free to use that money in any way that they want.

Sadly, cash-out refinance mortgages also contributed to the financial crisis because most people who chose these mortgages were not able to repay their loans, defaulted and were ultimately foreclosed on by their lenders.

Don’t Call It A Comeback

Following the financial crisis and “Great Recession”, lawmakers worked hard at trying to reform mortgages in a big way. Those reforms didn’t go very far at reforming the mortgage industry because cash-out refi’s are back and many industry analysts are concerned that we’re going to see a repeat of the last financial crisis.

Cash-out refi is gaining popularity again — and are still dangerous. According to Freddie Mac, ‘s refinance report, the percentage of refinance originations in dollars that were cash-outs soared to 23% by the end of 2018 from 3% at the close of 2012. The report notes that 82% of all refinances in the final quarter of 2018 were cash-outs refis. This chart based on Freddie Mac data shows the surge in cash-out refi over the past five years.

Because of the terrible experience with cash-out refi during the bubble collapse, the FHA decided to lower the loan-to-value (LTV) cap for cash-out refis to 80% from 85%. Throughout the bubble years, it had been a dangerously high 95%.

To learn more about the property management services we can offer you contact us today by calling (831) 484-4604 or click here to connect with us online.